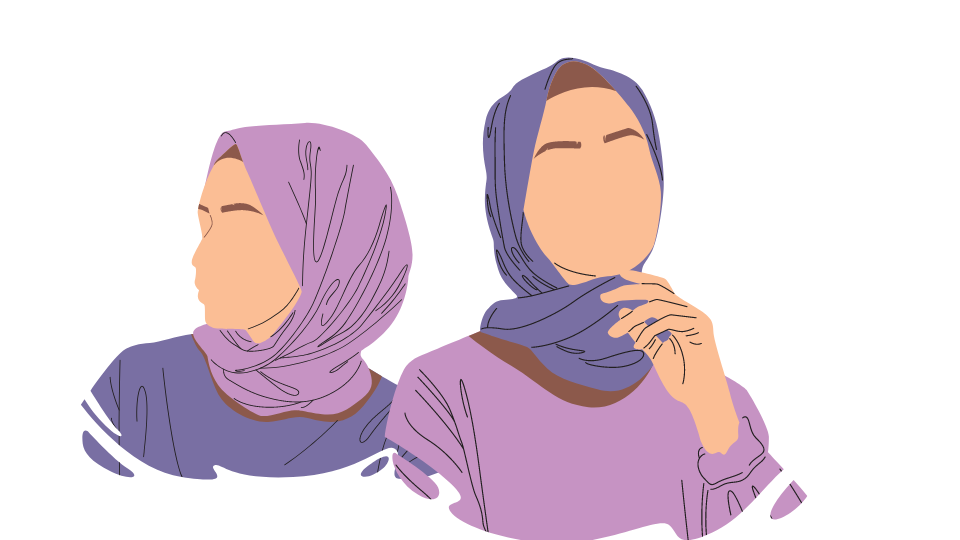 I always felt envious of the bond my female peers had with their mothers. They were able to be open with their moms, were understood and emotionally supported. My friends were able to discuss relationships, shaving and navigating the world as a woman with their mothers. There was no way I could ever have such an honest and yet necessary bond with my own mom. When your parent forbids you from simple, innocent things such as wearing a skirt or going out for ice cream with your disbeliever friends, you start doubting their world view and moral code even as a child. I developed a strong sense of justice early on in life and found myself disagreeing with Islamic principles I was being taught from around the age of 8 or 9. “This girl has too much fire!” madrasa teachers and relatives would complain when I protested about all disbelievers burning in hell for eternity. I was always considered difficult.

My mother was largely in charge of my social and emotional upbringing as per most Pakistani families, with my father only contributing when it came to discipline. My body and agency were heavily policed by my mother and the tight knit Muslim community we lived in. It was like as soon as I stopped being an infant, my very being was considered sinful. I stopped being allowed to wear shorts and dresses, I was told to stay away from my male friends and to stop playing video games and sports. Over the years, the restrictions grew and grew. From leaving the house to engaging in activities I loved such as art, music and drama – it was demanded that I dedicate my time to family, housework and religion instead. Of course, I resented my freedom and creativity being stifled. The more I explored my inherited faith, the less I believed. I kept this disbelief private as my questions and doubts as a child were always met with frustration and animosity. Naturally, I rebelled against the indoctrination I was subject to and began leading a double life outside of my home as many doubting, young Muslims do. I had to fight, beg and cry for every freedom I gained. It still baffles me now that I had to convince my parents to let me keep a part time job when I turned 16 and for their blessing to apply to University. I knew that education was my ticket out of my parent’s home and so despite my mother disapproving and preferring I marry instead, I studied diligently, worked in my spare time and stood my ground even when I shouldn’t have had to.

My mom always made a point of reminding my brother and I of how lucky we were, as she experienced a miserable, controlled and neglectful childhood. My grandfather was an abusive narcissist and father to 5 daughters. All the daughters were married at around the age of 16 without their consent and were not permitted to study. This meant that my mom and her sisters were totally financially dependent on their husbands with no means of supporting themselves or making any decisions. Instead of pushing for a better life for me, my mother tried to perpetuate this situation in her relationship with me. My mom is the most depressed person I know, most likely due to the traumatic and sheltered life she has endured as well as a culmination of oppressive culture and religion. It was almost as though she didn’t know any better than to project the hardship she faced onto me also. This bitterly affected our relationship, I resented my mom and she could not understand or control me. Sometimes I even think she may be envious of me having experienced life in a way she was never permitted to. I have succeeded academically and travelled, I am worldly, confident and in charge of my own decisions. I received very little support or encouragement from my parents regarding anything I experienced or achieved as I did not resemble the daughter my parents envisioned. And yet I love my mother and feel so very sorry for her leading such a restricted life.

I have done many things that Pakistani women are simply not meant to do. I moved out of home to study at University aged 18, I drank, I smoked, I fornicated, I danced, I wore what I wanted, I ate pork, I renounced Islam and I fell in love with someone completely unsuitable in the eyes of my family. When I made mistakes as young people do, I had to learn many things the hard way. I became my own solace, managing feelings of guilt, shame and isolation. My parents strongly disapprove of my life choices as most Muslim, Pakistani parents would and our relationship is distant, strained and toxic at best. It has been heart breaking to go through various life events without the support of my mother. When a sexual assault took place on me at University, I kept this mostly to myself and even avoided going to the police as I felt so unable to tell my mother. She would have victim blamed me and reacted extremely irrationally, so I buried the pain. When I became engaged to my aforementioned unsuitable husband, I did not call my mother to share the news as anybody else would have.

My mental and physical health has been incredibly poor at times from the stress of navigating life without the unconditional love and support of my family. I have been living with a void where the love of a mother should have been. My mom does not ever call me to check in. Sometimes when I am cooking Punjabi food, I wish I was able to ask her how many teaspoons of cumin to use in the recipe. It is difficult to grieve people who are still alive.

For now, I am learning to get by without my family on my side. I understand that they can’t understand. I am focusing on myself and the love I have for my husband, a love that is wholesome. And when the day comes that I myself am a mother, I know that I will give my child the acceptance, freedom, love and support that every person deserves.